One of the most common questions heard in the Landcare movement is, “Where are the young people?” Declining numbers and an often aging volunteer population pose serious threats to the longevity of community Landcare projects both in the Sydney region and nationally. This is the feedback GSLN received when we asked the community what the biggest issues their groups were facing during a 2016 survey.

However, low participation of young people in Landcare volunteering was not an issue everywhere. A network called Intrepid Landcare had recently gone national. They began in 2009 when a young leader named Megan Rowlatt, set up a youth Landcare group in her local community called Illawarra Intrepid Landcare. The group took off, and young locals keen to do something meaningful for the environment were connected through Intrepid. Unbeknownst to Megan, something similar had been happening on the Gold Coast. Naomi Edwards was inspiring young people to get involved with Landcare by inventing crazy ideas like the Gold Coast Biggest Tree Planting Day and setting off a BeachCare craze. Megan and Naomi met in 2015 on Instagram, and joined forced to run a Student Landcare Leadership Retreat. The event was a huge success and it inspired them to reach out to other communities across Australia by making Intrepid Landcare national.

In 2016 GSLN approached Intrepid about supporting young people to get involved in Landcare in the Greater Sydney area. The Western Sydney Intrepid Landcare Leadership Retreat was launched in March 2017. Seventeen young people spent a weekend at Brewongle Environmental Education Centre for a weekend of connecting to the local environment, hiking and kayaking, meeting local legends, participating in Indigenous cultural activities, and hearing inspiring speakers. The retreat motivated a group of the participants to form Western Sydney Intrepid Landcare and take leadership in tackling environmental issues in their local area. Since the retreat in Western Sydney, GSLN and Intrepid have run retreats in South West Sydney (December 2017), North Sydney (March 2018), and on the Central Coast (December 2018).

The activity among young people in the Greater Sydney region had roll over effects with Volunteer Conveners Network (VCN), NSW National Parks & Wildlife Service, and GSLN all hostingIntrepid Way Workshops, which gave existing environmental volunteers and professionals opportunities to develop their youth engagement skills. Additionally, Intrepid Landcare held their annual NSW/ ACT Future Planning Retreat in Royal National Park because of the number of young people in Sydney who had recently become involved with Landcare.

Young Landcarer’s in Greater Sydney have been extremely active since GSLN and Intrepid set out to engage young people in the region, organising and running their own Landcare events, bioblitzes, getting involved in climate action, and more. To find out more about what young people have been up to post retreat, check out their groups.

If you’d like to find out more about the project or get involved, contact Local Landcare Coordinator Elisha Duxbury at 4724 2147 or elisha.duxbury@greatersydneylandcare.org.

Read more about this project at our profile on the Landcare NSW Gateway. 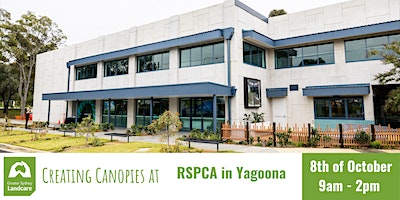 Creating Canopies at the Yagoona RSPCA

Are you interested in soil health and fertility. J

On Saturday, the 100 thousandth tree was planted a

Come along to the Greater Sydney Landcare Day & AG

What a great photo of a Lyrebird captured by Matt

Is there any greater feeling than going back to se

As the COVID-19 restrictions eased and lots of peo

Imagine a future where all of the “CARE” group